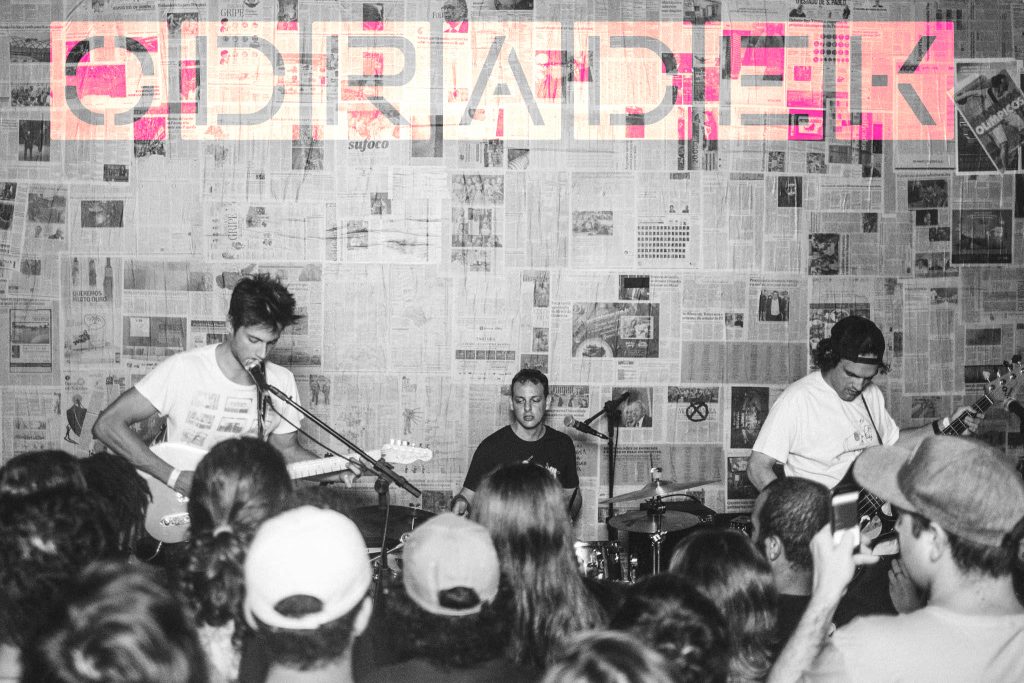 Odradek are an enigmatic outfit from Piracicaba,a southeastern city in Brazil. Their tonal shifts are reflective of their musical muscle flexing as they weave in and out of odd rhythms.

This brazilian math rock trio, releases “Canary Wharf”, the debut single from their third record titled “Liminal”. The track was named after their bassist Tomas Gil spent years living in London. The album producer is Franco Torrezan, who played in the band during Liminal recordings. Since Tomas returned to Brazil, the band formation is back to their original line-up, including Fabiano Benetton on guitars and Caio Gaeta on drums. Liminal is out in May 2022 through the record label Balaclava Records.

Following the release, Odradek starts a new tour around their country and overseas, including a performance at the Arctangent Festival in Bristol, known for gathering alternative acts from all over the globe, mostly math and post rock bands.