God of the Basement - EPK 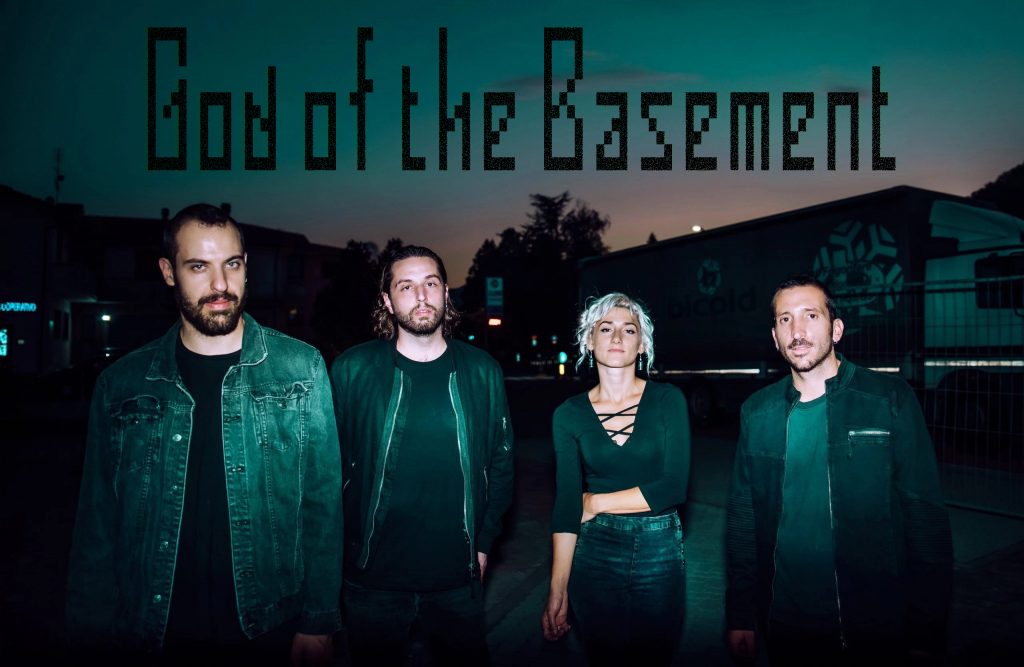 God of the Basement [GOTB] is a heavy pop band.

An explosion of sound and vision. Tight groove, old school sampling, catchy melodies and heavy sounds melt together with an imagery that plays on the contrast between evocative visions and modern pop culture. Urban atmospheres, tremendously modern and so damn retro-futuristic.

The project was born in a basement in East London from the minds of Tommaso Tiranno (vocals) and Enrico Giannini (guitars and sampling), to then come to a shape and develop in the suburbs of Tuscany (Italy) thanks to Rebecca Lena (bass guitar and visual art) and Alessio Giusti (drums).

Their first EP, in 2016, marks a rough trail, a starting point that brings to the publication of the homonymous debut album in 2018 for Alka Records Label, where an ensemble of sounds, explosive and strongly related to images, moulds the style of the band.

June 2021, is the publication date for their second album, Bobby is Dead, in release for the international collective Stock-a Production, in which the bond between music and visual arts becomes even more solid. A sound exploration that results more focused and aware which aims to guide the audience through the journey of two mysterious characters.

Six Six Cigarettes is the first single released on the 23th April 2021, with a videoclip directed by Rebecca Lena and premiered on MTV.