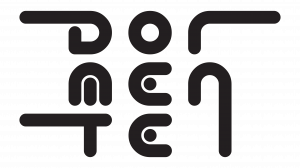 The band formed in 2019 after Victor Fortes presented some new compositions to his friend Ítalo Riber. Initially without great pretensions, once the songs started to take shape, the potential for a structured project became clear.
Influenced by both psychedelic pop, synthpop bands (Tame Impala, Pond, MGMT) and electronic music (The Prodigy and Boards of Canada), together Victor and Ítalo worked on what would then become their debut album “Parestesia”, released in October 2020.

The duo brings to the project all the experience of Italo Riber, former musician with Brazilian artists such as Maurício Pereira, Bocato, Big Chico, Tim Bernardes and Tulipa Raiz, among others, as well as being curator and producer of the Febre Festival since 2016 and art director of the Lastro Musical label since 2019, combined with the creative flair of Victor Fortes, musician, composer and music producer with a large personal discography, which has seen him try his hand at different genres and styles. The two met in 2017 and bonded by playing together in Pêu Ribeiro’s project “Alienpovo” in 2018, they have since been planning a musical partnership, the seed of what would become Dormente.